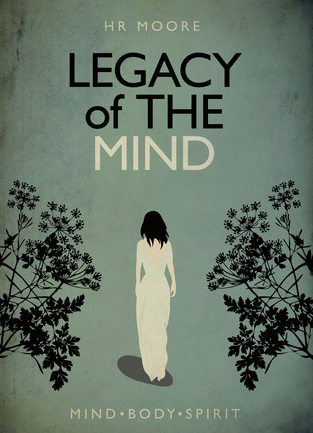 Anita has never been ordinary, she’s stuck out like a sore thumb her entire life; not only can she see the energy of others, a rare skill, but she’s won every Body challenge she’s ever entered. So when the powerful, good looking Descendants, Marcus and Alexander, mysteriously arrive in Empire, her difference attracts and keeps their attention.

Once in Empire, the sudden death of ruling Body Descendant, Christiana, sets in motion a number of events; a quest for the treacherous Austin to find the girl Christiana had been looking for; a challenge where Anita stands out more vibrantly than ever before; a perilous dip in the world’s energy; and a dangerous belief among the people that they will never truly be free. Powerful factions soon form within the ruling elite and when a trusted friend and mentor reaches out to ask for Anita’s help, she has to make a choice; help her friend and betray the one she loves, or do nothing and watch the people starve.

However, to answer your question…I’ve been exposed to a number of emotionally charged people (as I’m sure we all have), whether that is in my family, friends, at work, or influences from the media and entertainment. I’ve also witnessed, or been in, several emotionally charged / abusive relationships, although it’s often very difficult to identify them as such until you manage to get out and find a new perspective (if indeed you ever do). This has undoubtedly had an influence on my characters.

I think we like to pretend there are external standards of acceptability and rationality to which we all adhere, however, at a subtle level, this just isn’t the case. In reality, we all have to try and make our own way, relying on those who have influenced us as a guide. Whatever we experience during the course of our lives warps what we think is right and wrong, or what is normal, or what constitutes an argument versus a discussion, or what is the best, or most appropriate way to interact with others. My parents had a terrible relationship, which ultimately ended in divorce, which meant for a long time I had no concept of what a ‘normal’, reciprocal relationship looked like. I didn’t sit down and actively try to channel this into my characters, however, when trying to make a person real, the best way, I think, is to try and put yourself in their shoes and understand their influences.

Given how sheltered Marcus (the ‘abusive’ character in question) has been, with Austin, his father (and this definitely is an

emotionally abusive relationship) as his primary influence, I think it would be surprising for someone in his position to have come out in an entirely emotionally balanced way. He craves security and approval, and the way he sees his father achieving his goals is to be domineering, possessive and authoritative. Marcus is utilising the exact same mechanisms to try and get what he wants from his relationship with Anita (the main character), and he’s surprised about the reaction he gets from her, and others, when he does.

What’s even more confusing for him, is that when he utilises the exact same mechanisms with his father, he gets what he wants, so he has to try and work through the conflicting messages about what will and won’t work for him, and, indeed, what is and isn’t appropriate.

The key is that’s he’s learning, as we all do, based both on experience and new influences, and his character continues to develop during the course of the trilogy.

It’s interesting that you should describe this relationship as emotionally abusive, as I think there are many others within popular fiction which exhibit similar characteristics; Edward and Bella from Twilight, and Christian and Anastasia from 50 Shades to name but two. These kinds of relationships, I think, hold a general fascination for us because they can at the same time be very good and very bad. The emotions involved are so electric and intense that it’s difficult not to get caught up in them. The woman is the object of a powerful man’s affections and protection, and I think there’s something quite primal about that, which we can all, ultimately, understand on some level. However, for me, in this particular story, the bad outweighs the good, which is why Anita eventually makes the choice she does. However, I also wanted to show that it’s nowhere near as straightforward for someone to make that decision as it might seem from the outside. Once someone’s emotionally invested in a relationship and there’s a joint history, it can seem like the wrong, or at least a very scary thing to do to put an end to it and venture into the unknown, however much this may be the ‘right’ objective choice.

I think all relationships have the potential to be emotionally abusive, as humans are, both fortunately and unfortunately, emotional. There are times when we have all overstepped the mark with someone close to us, and the difficult philosophical point is when this goes from being acceptable – or at least forgivable – to something else entirely…

About the Author:  Harriet was born in Germany in 1987, the family returning to the UK, to Dorset shortly afterwards. She lived there until she was 5, her grandfather teaching her the basics of cheating at cards and swindling chocolate, her mother starting to instil a (some would argue) unhealthy relationship with cake, and the neighbours demonstrating that some people don’t understand cherry blossom is there to be picked, mixed with mint and water and sold as perfume.

Harriet has recently moved to Hertfordshire with her husband Chris and baby Atia. When she isn’t doing DIY, writing, editing, eating, taking photos, or imagining how much better life would be with the addition of a springer spaniel, she occasionally finds the time to make hats.

One thought on “Guest Post from H.R. Moore, author of Legacy of the Mind”