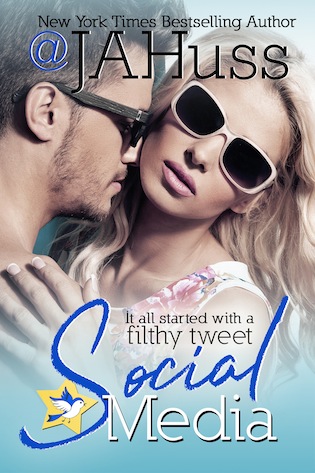 When Grace @FilthyBlueBird tweeted her dirtiest, most delicious secret desires to MovieStar @VaughnAsher she never expected a reply, let alone a face-to-face meeting and an offer of a lifetime.

And when MovieStar @VaughnAsher figured out the woman vacationing at his family’s St. Thomas resort was the author of all those dirty hashtags she was relentlessly tweeting at him… well, that was a challenge he couldn’t pass up. He was more than happy to #RockHerFilthyWorld.

@FilthyBlueBird’s online fantasy is about to collide with her real-life reality. And it’s about to happen now.

What started out as a fun, filthy tweet turned into the romance of a lifetime. If—that is—your idea of romance is the #asshole real-life persona of a kinky off-screen control freak. 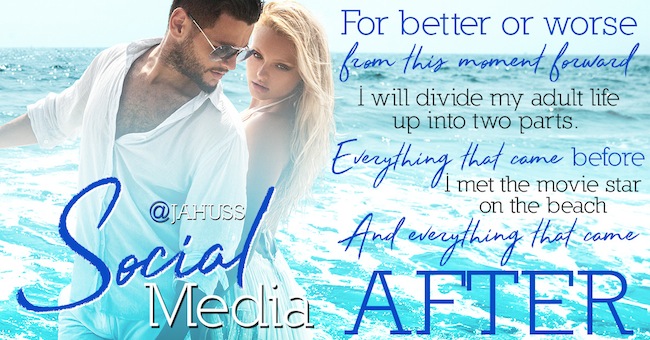 I can’t stand silence, it drives me crazy. So I’m a talker. I’m a gabber. I’m what they call… social. I pin things, I share things, I plus things. I like, I follow, and I comment.

But most of all… I tweet. I’m a tweeter. I live for the Twitter. I chirp good morning like a little blue bird from my bed in the AM and then chirp good evening again every night.

Even before social media took over the world I was this girl. From my very first year I have been one of those butterflies. Yes—I’m putting my hand up to stop the protests—my very first year. Because my first birthday picture was of me whispering a secret into my big brother’s ear.

And after social media took over the world I embraced this girl. My bestie, Bebe, and I have this whole social thing down to a science. We are the champions of chatter, the proponents of prattle, the backers of blather. We are the goddesses of gossip and we own this $hit. We take bubbly optimism to a whole new virtual level. Our motto is Happiness is a #Hashtag and we live life knowing the fairy tale is possible, even if you only get it online.

Who needs reality anyway? Reality is being orphaned at thirteen. Reality is foster homes and loneliness. Reality is a risk ripe for disappointment.

But thank God for Bebe and her family. They welcomed me in with open arms and instead of something tragic, I became the poster child for surviving and came out the other end not only intact, but better than ever.

But back to my mouth—and by extension, my fingertips since they do all my talking on Twitter—it has a mind of its own.

And that mind is very dirty.

Yes, my name is Grace Kinsella and I’m a filthy tweeter.

I can turn a hundred and forty characters into living sex. I can string words together in a way that will make you wet your panties with lust. I can make a man blush before he even gets to the hashtag. I am famous for pithy filth.

In fact, my girlfriends and I have an online Facebook group called the Filthy Blue Birds. And we’re not the only ones. The world of pithy filth is booming, friends. There are endless groups like ours. There are legions of shy girls who come alive when faced with the hundred-and-forty-character challenge. And there is a very special place online where we meet, challenging each other to achieve a new level of smexy typing.

I call that Twitter list Dirty Heaven. I made it up, like literally I’m the freaking founder. So Dirty Heaven is my kingdom and I’m the queen.

Besides being a list, Dirty Heaven is an online competition that happens on Twitter every Saturday night across the world—yes, we have filthy tweeters from all walks of life. At 8 PM Eastern the FT’s come alive and each league puts up their best and brightest. You get one tweet, one hashtag, and one chance to shine.

I don’t win anymore, it’s simply not fair. I’m now the judge. But back when we were first putting this together my tweets took me to Dirty Heaven time after time after time. That’s back when we used to have the competitions nightly and the group was small. Just fifteen or twenty of my closest online stranger friends. Each competition we had an online muse and we took turns choosing who would benefit from our blush-inducing prose. Sometimes the girls picked models or rock stars.

I only ever had one muse and his name is Vaughn Asher.

Yes, the Vaughn Asher. A Hollywood legend. He started out in the boy band 2 Far Out, then when his angelic voice changed as he hit puberty he graduated into Disney sitcoms. Most child actors would fade after that, never able to make the transition. But Vaughn Asher doubled down on the workouts—gaining the title of Most Envied Body in Hollywood six years in a row from Buzz Hollywood Magazine—and the preteen wannabe turned into an action-hero heartthrob overnight.

Just thinking his name makes me sigh. He’s so freaking gorgeous. That messy dark hair that makes him look like he just rolled out of bed. Those tight abs that just make you want to drag your tongue all over them to see if they taste as good as they look. And that package, boy. He’s never done any nudes so I have to use my imagination, but my imagination is vivid. I have a very clear picture.

Besides, you know what they say about a man’s thumbs, right? Well, Vaughn Asher has incredible thumbs. And large feet. They say that too.

Yes, doing filthy things to his six-foot-two frame has been my idea of Dirty Heaven for almost three years now. I’d like to say I’ve said everything imaginable about him, but that’s not true. I never run out of ideas. It’s like my brain only exists to compose a one-hundred-and-forty-character sentence that will turn him red.

That’s my fantasy. That’s my fairy tale. Vaughn Asher doing things to me that can only be said in a hashtag. 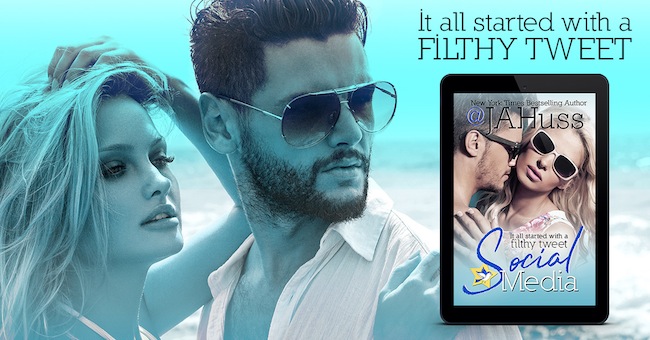 JA Huss is the New York Times and USA Today bestselling author of more than fifty books. She likes stories about family, loyalty, and extraordinary characters who struggle with basic human emotions while dealing with bigger than life problems. JA loves writing heroes who make you swoon, heroines who makes you jealous, and the perfect Happily Ever After ending.