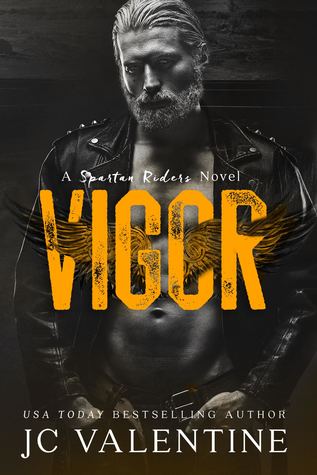 USA Today and International bestselling author J.C. Valentine is back with the latest in her electrifying, dangerous, and provocative world of the Spartan Riders MC…

After escaping an abusive marriage, Spartan Riders bartender Ginger “Red” Mercury is determined to live life on her own terms. When the club’s VP declares her untouchable and stakes his own claim on her, she finds herself ready to wage war.

A year after inoculating the threat from notorious cartel leader Ricky Cruiz, Garrick “Repo” Stone, the last-standing original member of the Spartan Riders MC, has his focus on something else: monogamy. Having decided to settle down and take an ol’ lady, he has his sights set on Red…and he has his work cut out for him if he hopes to win her.

When a new threat makes itself known, threatening everything the brothers stand for and care about, they’re left scrambling to find out who’s behind it before it’s too late. With the high-stakes game of war looming over them, will Red be able to open her heart to love before outside forces pull her and Repo apart?

The bastard had fallen asleep on her couch. Ginger glared daggers at his skull, willing him to wake up before she resorted to violence. He couldn’t sleep there!

But he was also so peaceful looking, she couldn’t bear to wake him.

The options were many, including but not limited to, hitting him over the head with a throw pillow. But that handsome face, so gentle and sweet in repose, was killer on her heartstrings. There was only one answer to why she was even debating it, and it was that she was going soft.

How many men had she kicked to the curb over the years? Dozens. Granted, they’d all been at the compound, because she flat out refused to allow men into her apartment, but still. A room was a room, and personal space was personal space.

And Repo was Repo.

He was a stubborn fool on his best day, and besides…she liked him. Kind of. Maybe.

But he didn’t have to know that!

She found herself staring at his mouth. Those shapely lips, outlined by a beard so soft and white it often earned him references to Santa Claus, had been between her legs last night, giving her such pleasure she’d thought she’d go blind.

The memory itself gave her shivers.

She shouldn’t, but she wanted more.

Touching her own fingers to her lips, she remembered the way his felt on hers, and even further back to when his body had had hers. They’d been together multiple times over the years, but none were as memorable as that one night so long ago. It was so hard not to relive it, and she’d spent years trying. The problem was, Garrick was a man who left an impression. Everywhere he went. It was the reason so many women fell to their knees before him—literally. Once you had a taste of Garrick Stone, everyone else was a poor substitution. 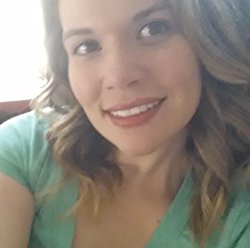 J.C. Valentine is the USA Today and International bestselling author of the Night Calls and Wayward Fighters Series and the Forbidden Trilogy. Her vivid imagination and love of words and romance had her penning her own romance stories from an early age, which, despite being poorly edited and written longhand, she forced friends and family members to read. No, she isn’t sorry.

Living in the Northwest, she has three amazing children and far too many pets. Among the many hats she wears, J.C. is an entrepreneur. Having graduated with honors, she holds a Bachelor’s in English and when she isn’t writing, you can find her editing for fellow authors.

Sign up for J.C.’s newsletter and never miss a thing! http://bit.ly/1KxXWWB

One thought on “Excerpt: Vigor by J.C. Valentine”