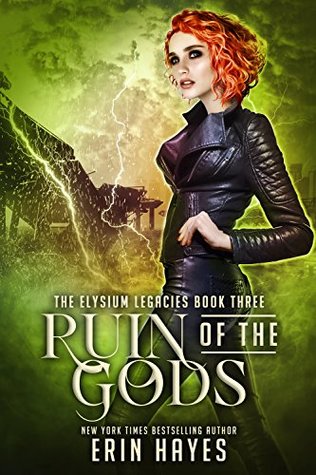 Because she’s taking a vacation.

Officer Tessa Forney is a brilliant cop with a fiery temper and a predilection for toeing the line of the law. She’s good at her job too, much to the chagrin of her by-the-book partner Raph. She just always seems to be at the right place at the right time.

What Raph doesn’t know is that Tessa is actually Tisiphone, one of the Furies of ancient Greek mythology. After breaking up with her boyfriend of five-thousand-years because he cheated on her—bastard—Tisiphone is determined to take her anger out on the bad guys during her extended mortal vacation.

But when too many gods and goddesses suddenly decide to take time off, the balance of nature is thrown into disarray. And the consequences are far bigger than Tisiphone could have ever anticipated.

These gods aren’t going on vacation—they’re being kidnapped. And she will have to find them before it’s too late. 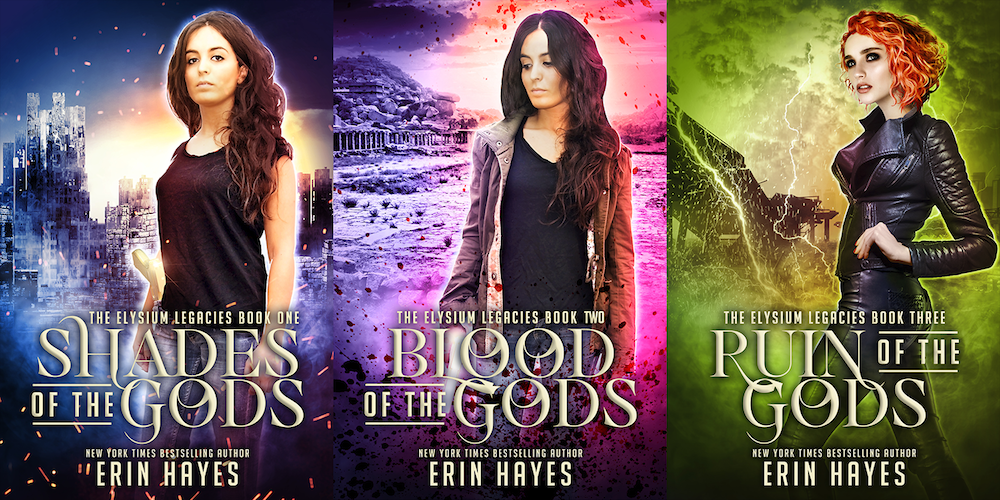 I manage to make my way over to Vidal’s still form as his chest rises and falls with labored breaths. Blood soaks through his shirt, coating him from the wound, and a puddle of blood grows beneath him.

As I pull up to him, I realize that he’s still conscious. His eyes roam over me, taking in my green reptilian skin, before he blinks painfully.

And he blissfully passes out. I have the presence of mind to camouflage myself enough to appear human again as I hold him to me and teleport directly to the hospital. I whirl on the first bewildered person I see as I shout, “Someone help me! Officer down!”

She works as an advertising copywriter by day, and she’s an award-winning New York Times Bestselling Author by night. She has lives in San Francisco with her husband, cat, and a growing collection of geek paraphernalia.

You can reach her at erinhayesbooks@gmail.com and she’ll be happy to chat. Especially if you want to debate Star Wars.

One thought on “Excerpt & Giveaway: Ruin of the Gods by Erin Hayes”