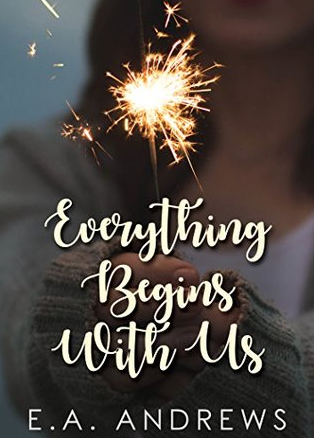 Eighteen-year-old Harper Deacon has never been a rebel. She’s always been a rule-follower who goes along to get along. Until she does the one thing her mother asked her not to do. When she bails on college to pursue her dream of becoming a musician, her mom kicks her out and she moves into the house she inherited from her granddad.

Smith Dalton doesn’t follow the rules. He bends them to his own needs. After driving off the lead singer of the indie rock band he recently joined, Smith talks Harper into being the band’s new lead singer.

Sounds like the perfect plan. But Harper has her doubts. Joining a band with three guys? She’s never even had guy friends before. Spending a lot of time with a certain guitar player who is too good-looking, too cool, and too much of everything? That could get complicated. Especially when the guy is a player who just hooks up and moves on. The last thing Harper needs is to fall for a guy who will only break her heart.

Music is her number one priority and she has every intention of staying focused on what really matters. But, as Harper is finding out, being in a band is about more than just the music. And sometimes, what you think you want and what you really need are two very different things.

E.A. Andrews’ debut novel, Everything Begins With Us, is both heartbreaking and hopeful. The new-adult characters have all stood on a precipice and taken a giant leap-of-faith as they left their parents’ nests. Will they chase their dream or follow the path previously prescribed by their parents? Will they fly or crash?

Ms. Andrews’ story is about beginnings. Heroine and narrator, Harper, follows her passion, and in doing so, is forced to figure out adulthood on her own. She is financially and emotionally cut off from her sole parent. She has both successes and struggles. She is very fortunate in that, with her new band, she has a tight-knit group of supportive friends.   She is also fortunate in that she is not only a talented musician but also a grounded, sensible young woman.

I loved that Ms. Andrew’s conveyed no judgment in choices. Some of the characters choose the traditional academic path, some eschew college for their art, and others are working on a college degree while maintaining their artistic endeavors. I also greatly appreciated that Harper continues to want to re-establish a relationship with her mother as well as focus on her career not boys and partying. That said, most of the characters are a bit too wise for their years, which makes them a little unrealistic. At eighteen to twenty-two (ish), they possess great maturity and common sense without having had the childhood struggles that usually lead to those characteristics.

There are so many issues thrown into the mix that it is nearly impossible to address how well Ms. Andrews’ dealt with all of them. Ms. Andrews deftly and respectfully tackles challenging parent-child relationships, new-adulthood daily life challenges, and mental health issues. She does this all in with a well-paced plot that has a natural flow. The character relationships develop organically. There are no proclamations of instant love, and the friendship that develops into a romantic relationship results in minimal angst.

While I loved most of this well-written new adult novel, I found the big twist at the end of story to be abrupt. If presumed that Everything Begins With Us is a standalone book, it is an unsatisfying non-ending. However, Ms. Andrews has confirmed she is writing a sequel to this book, so the abrupt end to her book is a cliffhanger segue to the continuation of Harper and Smith’s story. I, for one, am greatly looking forward to Ms. Andrews’ next book!