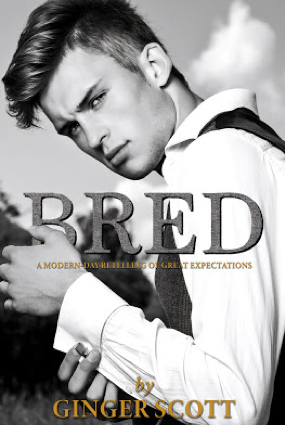 My life was irrevocably changed the moment I stepped foot inside Elena Alderman’s grand front doors. A lifeless tomb on the edge of Chicago’s Southside, the Alderman home sat in one of the city’s oldest and wealthiest neighborhoods, and Elena Alderman was the queen.

She was also mad.

Not the kind of madness that’s readily apparent. No, her psychopathy was far more surgical—more…insidious. She was surrounded by beautiful things—most notably her grand piano and her adopted son, Henry.

I fell in love with both.

My gift blossomed when my fingers touched her black and white keys. But my life began when I became haunted by the boy. Henry Alderman was a handsome blend of arrogance and seduction, and as we grew up together, I found it more and more impossible to separate him from my thoughts. I envied his life. I imagined how my name—Lily—would look with his. I became his closest friend…and more. I gave him my kiss, locked away his secrets, and loved him even when it was hard to.

But we were just a game. Elena Alderman made the rules. And when she decided to change them, she broke everything.

Whether you are a fan of the Young Adult genre or the classics, you’ll love Bred by Ginger Scott. Her re-envisioning of the Dickens classic, Great Expectations is amazing!

As a teen, the assigned classics were more likely to be Conrad, Bradbury, and Orwell rather than Dickens, Bronte or Wilde.   I read more Victorian-era classics when my children were in school than I did as a teen.  The more modern classics were easier to read, but they lacked robust drama. If more of the classics were re-imagined with modern language and technologies, young adults would be more inclined to read them out of choice rather than assignment.  Ms. Scott is well known for her YA romances, and she has demonstrated her writing talents again in her latest novel.  Bred is more coming-of -age than romance.  There is all the longing of the typical YA romance, but the angst comes more from the classic wealthy and powerful Victorian antagonist rather than silly teenaged behavior.

Set in modern-day Chicago, the tension is present from the first page.  “Aunt” Alice, in desperate need of a job, stresses over making her orphaned “charge”, Lily, presentable since she must go with her on her job interview.  The gothically gloomy home of Elena Havisham is the perfect setting, and it foreshadows the ugly, bitter games to come.  The haughtiness and power of Ms. Havisham is present in every scene.  The cause of her black heart is revealed only at the story’s zenith.  Until that point, her every action seems to be merely an exercise of power for her entertainment.

The story is deliciously complex.  Every action and reaction has classic Victorian ripple effects for not only the main characters, but also the secondary characters.  The rich entwining of the myriad of characters and storylines creates a highly engrossing novel that I found difficult to put down.  I predict that Ms. Scott’s Bred will not only captivate readers, but also inspire them to give Charles Dickens a try as well.