Many of you may not have heard the term coffee klatch.  Mid-morning, after the kid in the ‘hood got on the school bus, the moms would get together for coffee and socializing.  They sometimes referred to this coffee break as a coffee klatch.   The term “coffee klatch” comes from the German word, “kaffeeklatsch,” which translates to coffee (kaffee) + gossip (klatsch). It refers to a group of friends getting together over a cup of coffee, usually at someone’s house. The word “klatsch” has turned into “klatch” or even “clatch” over the years, and both are considered acceptable to use.

Coffee klatches were popular in the 1950s and 1960s, when it was common for women to stay home with the kids. Ladies would get together with neighbors, discussing the latest updates in everyone’s lives.  For those of us who worked outside the home, enjoy your first {virtual} coffee klatch.

For my first coffee klatch, I’ve invited author Dwayne Clayden to chat about writing and his books.  Dwayne is the author of: 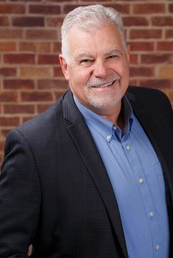 BJR: Name a real life hero and a fictional hero of yours.  Has either influenced your character development?

DC: My grandfather, Jack Clayden. He would have been very proud I became a cop. And while I changed careers to paramedic, my protagonist, Brad Coulter, is a bit of me and what would have happened if I’d stayed with the police. I want Brad’s career to be something my grandfather would be proud of.

Batman – He never quits, uses his brain to get out of impossible situations, takes a licking and keeps on fighting He is sarcastic.

BJR: Did those movies influence your chosen writing genre?

The Princess Bride – Again, the sarcasm of Wesley/Dread Pirate Roberts and the action, especially in the first half of the movie.

BJR: What is your favorite line from your book?

Bell punched his locker. “You kids think you’ve got it all and then some. We paved the way for you. We did great police work without all the toys. You dummies would be lostwithout your radio and your fast car.”

“Great police work?” Brad smirked. “The biggest crime around here back then was Inspector Caruthers getting shot in 1933. You guys still working on that?”

Gunther’s pace increased as he neared the front door. Outside, he leaned over the porch railing and puked.

“Pussy. He’s been my partner two years,”Davidson said. “He still pukes every couple of months. You get used to it. I ignore him.”

From Wolfman is Back:

Brad slid into the Firebird and pushed the coffee to Annie. Finally, she looked over, hesitated, then took the cup.

“Yup. A double-double. Ha! That’s what they should call it.”

BJR: What is your favorite beverage and/or food that you consume while writing?

DC: In the morning, coffee, maybe with Bailey’s. Later in the day Pepsi.

Having said that, the coffee often gets cold while I write like crazy and the ice cubes melt and the Pepsi gets diluted. It’s probably more of a comfort thing having the beverage there.

I like to munch on trail mix or chocolate covered almonds.

BJR: Do you listen to music while writing, and if so, does the music influence the writing or do you choose the music based on where you see the story heading?

DC: I do listen to music. Meatloaf (Bar out of Hell) and Toby Keith. Also a 70’s, 80’s rock playlist (Elton John, Billy Joel and a country playlist of Toby Keith, Brad Paisley, Allan Jackson, and Joe Nichols. When I really need to concentrate I listen to a rain and thunder storm.

BJR: How has the author community helped or hindered your writing (no need to name anyone unless it is a positive shout out)?

DC: The writing community in Calgary is awesome. For my first years of writing I was part of an excellent writing group.  Jonas Saul, (Sarah Roberts series) gave me great advice last year and continues to mentor. The biggest challenge was finding an editor that understood my style AND was a professional editor. Lots of people think they can edit, but …

Now I have an awesome editor, Taija Morgan. I can’t say enough good things about her.

BJR: I know most authors say that their characters are totally fictional, but after getting to know some, I can see parts of them in their series’ main character.  What parts of your life or personality did you give your main character?

DC: The premise for the series was to follow a young police officer through his career. My main character is Brad Coulter. He started out as me, but as I wrote he became more his own person, but friends say we are still one and the same.

Brad is sarcastic, has a dark humour and quick with a retort in conversation – and that’s me too.

BJR: What is the best thing someone has ever said about your work?

“I read your novel completely in one day…fantastic! You are Canada’s answer to Joseph Wambaugh.”

“I liked Crisis Point and OutlawMCa lot. I figured this novel would be as good as Outlaw. I didn’t expect it to be the truly first rate, totally professional, perfect example of crime fiction that it is.Move over Patterson. Look out Lee Child.”

BJR: What interview question have you never been asked but wish you had (and why)?

Do you regret leaving the police service to be a paramedic?

Over the years I’ve thought about why I left the police service. The answer has changed a bit over time as I came to understand myself better.

The Brad Coulter series is based on the premise of, “What could my career in policing have looked like if I stayed.”

BJR: When can fans expect your next novel?

DC: In the novel after Wolfman is Back, Sniper, book four in the Brad Coulter series, Brad is still reeling from the events of Wolfman that destroyed his world. He doesn’t have much time to feel sorry for himself, as a new crisis is unfolding quickly, and he is thrown in the middle of it. Sniper will be a fast-paced thriller.

BJR: Where can your fans find you and follow

Thank you to author Dwayne Clayden and Creative Edge Publicity (Creative Edge Services) for joining me for Book Junkie Reviews’ first Coffee Klatch!  Check out Dwayne’s books by clicking on the Goodreads links above.

One thought on “Coffee Klatch with Author Dwayne Clayden”