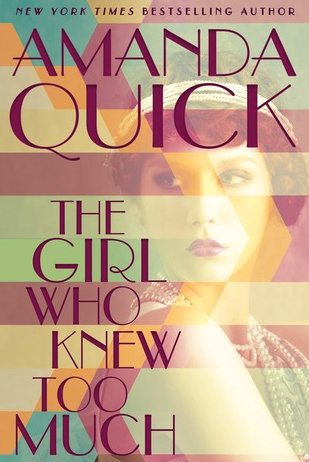 When Hollywood moguls and stars want privacy, they head to an idyllic small town on the coast, where the exclusive Burning Cove Hotel caters to their every need. It’s where reporter Irene Glasson finds herself staring down at a beautiful actress at the bottom of a pool…

The dead woman had a red-hot secret about up-and-coming leading man Nick Tremayne, a scoop that Irene couldn’t resist—especially since she’s just a rookie at a third-rate gossip rag. But now Irene’s investigation into the drowning threatens to tear down the wall of illusion that is so deftly built around the famous actor, and there are powerful men willing to do anything to protect their investment.

Seeking the truth, Irene finds herself drawn to a master of deception. Oliver Ward was once a world-famous magician—until he was mysteriously injured during his last performance. Now the owner of the Burning Cove Hotel, he can’t let scandal threaten his livelihood, even if it means trusting Irene, a woman who seems to have appeared in Los Angeles out of nowhere four months ago…

With Oliver’s help, Irene soon learns that the glamorous paradise of Burning Cove hides dark and dangerous secrets. And that the past—always just out of sight—could drag them both under…

The Girl Who Knew Too Much by Amanda Quick is a fun Historical Mystery/Romance. The story line and writing style are reminiscent of a mid-20th century film noir. I loved that the slow-burning romance took a backseat to the mystery.

The scandal, grit and illusion behind the Hollywood setting is fantastic. From the aspiring starlets to the handsome-yet-dim-witted leading men to the ruthless studio executives, The Girl Who Knew Too Much is filled with the seedier aspects of Hollywood. There is a secondary story line involving east coast thugs, seriously evil family tycoons, and their fixers. How those Easterners are involved with the main character Irene Glasson, and how the story lines are woven together does require a bit of suspension of disbelief, but this is a work of fiction. The added danger is the extra push needed for main characters Irene and Oliver Ward to become further involved.

Both Irene and Oliver are damaged by their pasts, and they have both reinvented themselves in their current roles. These haunted souls try desperately to remain whole by living solitary lives and blockading their hearts. While their relationship does present a second-chance at love, The Girl Who Knew Too Much is not primarily about this love story. In fact, the love story is almost an after thought, and it really works that way. Guy meets girl. Girl is in danger. Guy tries to protect girl while she solved the mystery. They just can’t help but eventually fall in love. The best part is that their love is based in respect as well as attraction.

The Girl Who Knew Too Much is a fun, light-weight read.  This isn’t a fast-paced thriller, in fact, the pace drags a bit at times.  Overall, it is an entertaining story that is good old-fashioned fun.