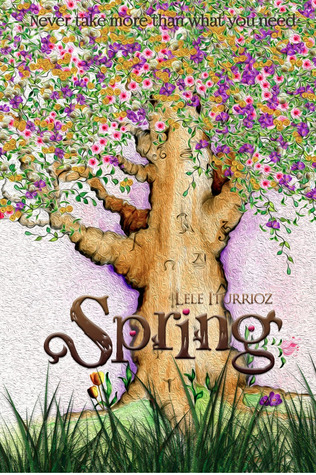 Gaia finally knows who she is and what she’s meant to do. It’s only been a few weeks since the earth element woke in her. Now that she’s embracing her role as Mother Nature, she must journey with her group of power-wielding friends in a race against time to get back home before Azazel reaches them.

With the awakening of a brand new element, her true past with Edan, a dangerous decision that could change the very essence of who she is, and a traitor among her group, the broken road back to Terra will be a test of strength.

After all, even if Gaia doesn’t know it, war is closer than she thinks.

Dizzy and confused, Edan crashed with Willow. His body felt hot and agitated. She noticed his pupils were the size of the moon, the green in his eyes was barely visible and his shirt was half unbuttoned. “Edan?” she called to him yet he kept running away.

Willow slammed the door open. “What the hell happened here?”

Synthia didn’t understand what happened. Everything was great and then out of nowhere, everything went wrong. “Nothing.”

Not buying it, Willow wielded one of the room’s plants and used it to trap Synthia.

“A magic potion to make Edan want me.”

For a moment Willow wasn’t sure how much reality that answer had until she saw the glass on the floor. “Are you stupid? For the tenth time, we are not wizards and they are not potions!”

“Whatevs you are.” Synthia wiggled for a second time failing to escape. “Your stuff doesn’t work.”

Willow lifted the glass and smelled it. “What did you mix?”

Willow snatched the folded paper and read it. “Where did you find this?”

“Internet, duh!” She rolled her eyes as if the answer was obvious.

“Not the spell, the ingredients.”

“Your box.” She smiled, happy to steal from Willow right under her nose.

Willow crushed the paper and the vines followed her wield pressing more around Synthia. “You went through my stuff?!”

“How well did you follow this?” Willow asked placing the paper closer to Synthia’s face.

“Forget the chant.” Willow cracked, she was clearly worried about the ingredients on that piece of paper. “Tell me, how well did you follow the ingredients?”

“What it says there,” she whined. “I also added more of the greeny things. Like two more”

“What greeny things?” Willow released her from the plants and gave her the wrinkled paper. “Concentrate and point where you see the name of the greeny things,” she said, then Synthia pointed where. Willow read it “That? You put three Daturas?”

“We need to stop Edan.” Willow hyperventilated. “Now,” she yelled.

“Wow!” Donovan ran into the room after hearing all the screaming. “What’s the stress?”

Willow took the page away from Synthia’s hands and showed it to Donovan. “This bitch made an intense aphrodisiac and drugged Edan with it.”

“No way! That’s hilarious.” Donovan cried from laughing but stopped cold as soon as he saw Willow’s deadly stare. “I mean… That’s terrible. Where is he?”

“Relax.” Synthia snatched away the page from Donovan’s fingers. “Nothing happened. More like the other way around, he got like super annoyed with me.”

Synthia crossed her arms. “In English?” 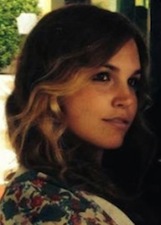 Major geek by day, hermit writer by night! Love books, sugar gliders and everything that comes in a delicious taco.

I’m the author of the YA fantasy series, Seasons Within

I spend my time writing, planning on writing, reading, drinking coffee like there was no tomorrow, MMA and chilling with my friends and loved ones.

One thought on “Excerpt: Spring by Lele Iturrioz”